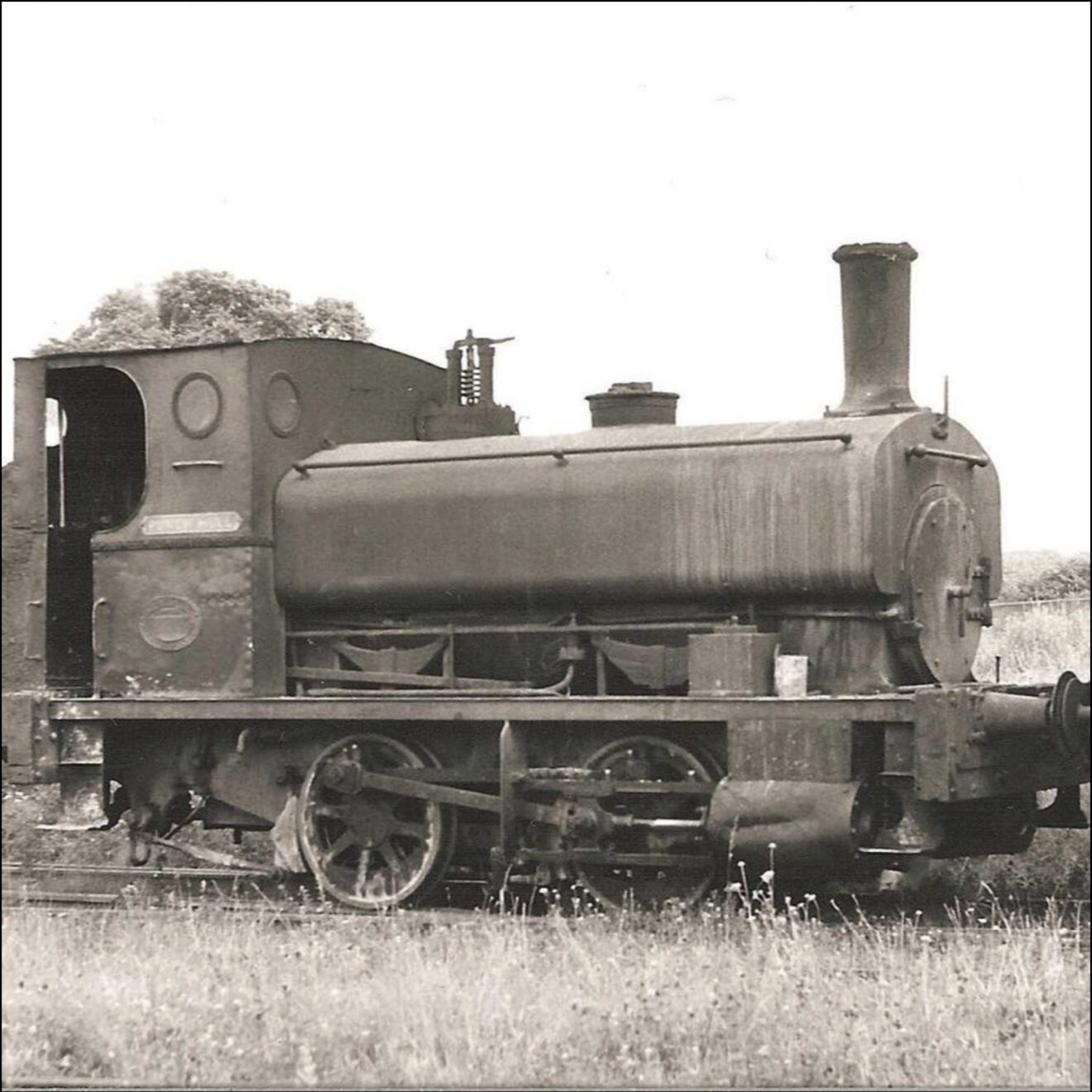 Members of the Tongwynlais Historical Society may be interested to know that a 125+ year old railway locomotive new to the Melingriffith Tinplate Works remarkably still exists in 2022. The 0-4-0 Saddle Tank steam engine named “Firefly” is believed to have operated on the line from Melingriffith past the Toll-house and over the Ironbridge to Pentyrch until around 1925.

“Firefly” (Works Number L776) 0-4-0ST was operated by the Melingriffith Tin Plate works from 1899-1925. Sold to P.Baker Ltd of East Moors, Cardiff in 1925 it was renamed “Albion” before being sold again to Oxford and Shipton Cement (latter Alpha Cement) of Shipton-on-Cherwell Oxfordshire in 1931. It was later transferred to associated company Portland Cement of Houghton Regis (Dunstable) in 1952 where it was renamed “Punch Hall”. In 1967 the loco was eventually retired and donated to the Quainton Railway Society in Buckinghamshire for preservation. By 1987 the loco had been re-homed at the Rutland Railway Museum (now “Rocks-by-Rail”) Cottesmore where it was renamed back to “Firefly”. After a brief move to the Pontypool & Blaenavon Railway around 2017/2018 “Firefly” was relocated to the Northampton & Lamport Railway under the new ownership of married couple Hayley and Adam Giles who plan to fast track the restoration of “Firefly” with the ambition that it will be seen hauling trains once again on their local heritage railway the “Northampton & Lamport Railway” within the next few years.

There is a facebook page dedicated to the restoration progress of “Firefly” www.facebook.com/fireflyno776/

The couple also own a second operational industrial steam locomotive (known as No.4) available for hire on their website www.littlegreenengine.co.uk.  Their story also includes how they bought “Firefly” which they intend to return to steam as soon as possible.

The Mill at Melingriffith is ancient in origin starting life as a medieval corn grist mill. By 1749 a forge had been established and around 1774 Tinplate manufacture was underway at Melingriffith with the Pentyrch Ironworks supplying much of the Iron Bar needed for rolling prior to it being manufactured into tinplate. The transport of iron between Pentyrch and Melingriffith at this time is thought to have been a very crude and arduous process involving the use of unpowered boats using only bare manpower to navigate downriver along the feeder from Radyr Weir.

It has been said that Melingriffith at one time grew to become the largest Tinplate manufacturing site in the world. But for this to be possible transport links needed to be vastly improved. The Pentyrch Ironworks had been established in 1740 as an independent concern but by 1810 it was amalgamated with the Melingriffith Tinplate works under the new management of Richard Blakemore and Co. Between 1812-1815 Richard Blakemore built a horse drawn tramway to connect Pentyrch and Melingriffith for which a wooden bridge across the River Taff was built at Cil-ynis Farm. A junction was also made on the eastern side of the river Taff with a branch to the wharf on the Glamorganshire Canal at Tongwynlais. The Toll House on Ironbridge Road today may have existed as early as 1815 on construction of the earlier wooden bridge as it sat very neatly in the V-Junction which enabled it to control all tramway wagons, people and livestock crossing the bridge.

The building of the Ironbridge came about in 1871 under the management of T.W.Booker & Co. who saw the potential in converting the horse drawn tramway into a standard gauge railway line which required far more robust infrastructure. A steam engine called “Busy Bee” (built in 1863) was acquired second hand in 1871 to take up the duties previously carried out by horse power.

After falling on hard times the Melingriffith business was leased to the Cardiff Iron & Tinplate Co. from 1881 at which time the Pentyrch Ironworks was closed down as being uneconomic to operate. Steel made using the Bessemer process was becoming the preferred choice of raw material for the manufacture of tinplate’s by this time but the owners of the Pentyrch Ironworks did not have the vast resources needed to upgrade the site for steel manufacture.

In 1888 the Melingriffith Co. had taken over operation of the Tinplate works and its railway and was then run by Richard Thomas and his sons until around 1934. During this time at least 3 other steam engines were purchased for use at the works and along the line to the Ironbridge and Pentyrch.

The Melingriffith Tinplate works buildings and plant were taken over during the 1939-1945 period to assist in the war effort and when Tinplate production resumed post-war the site was soon taken over by the Steel Company of Wales (which was eventually absorbed into British Steel in 1967). For the next decade the Melingriffith Tinplate Works satisfied the very high quality of production demanded by industry but in 1957 came final closure due to the opening of two new high technology continuous strip mills at Trostre (Opened 1951-Today part of Tata Steel) and Velindre Tinplate Works (1956-1989). This saw an end to all traditional hand-rolling mills in Wales of which Melingriffith is thought to have been the last! Therefore 1957 was also the last year of operation of the Melingriffith Railway.

Thank you Anthony Brewer for sending us your article, we are most grateful for the information.