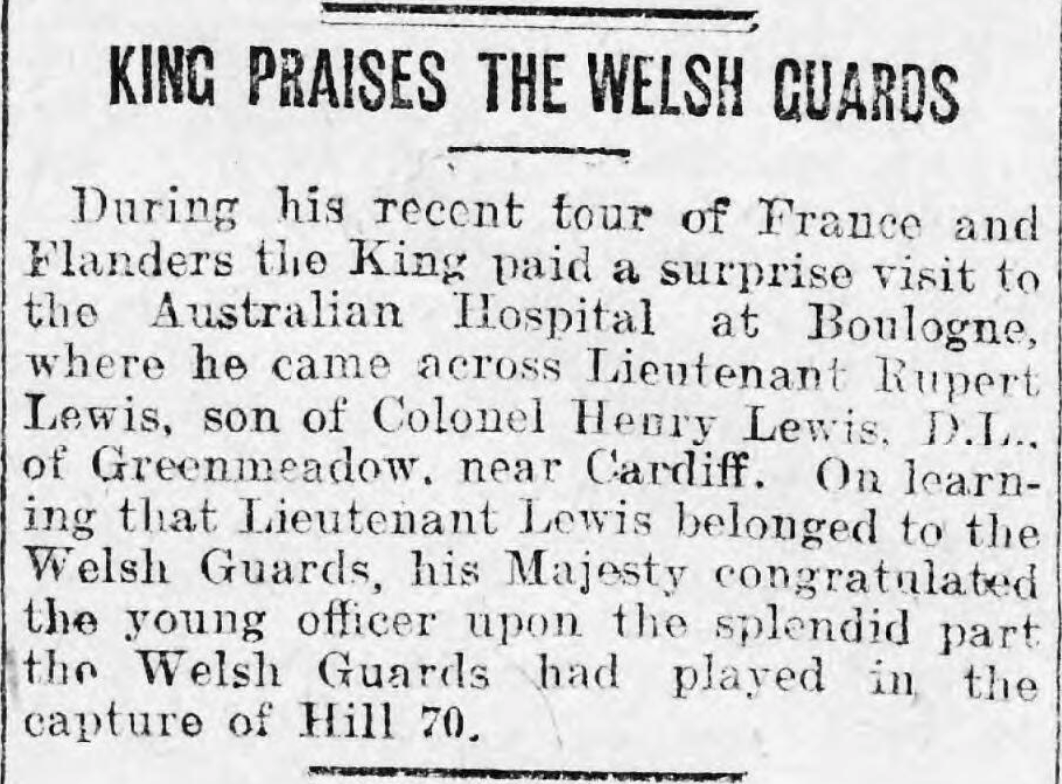 October 30, 1915  by Herald and Wales and Monmouthshire Recorder

During his recent tour of France and Flanders the King paid a surprise visit to the Australian Hospital at Boulogne, where he came across Lieutenant Rupert Lewis, son of Colonel Henry Lewis. DL, of Greenmeadow, near Cardiff. On learning that Lieutenant Lewis belonged to the Welsh Guards, his Majesty congratulated the young officer upon the splendid part the Welsh Guards had played in the capture of Hill 70.