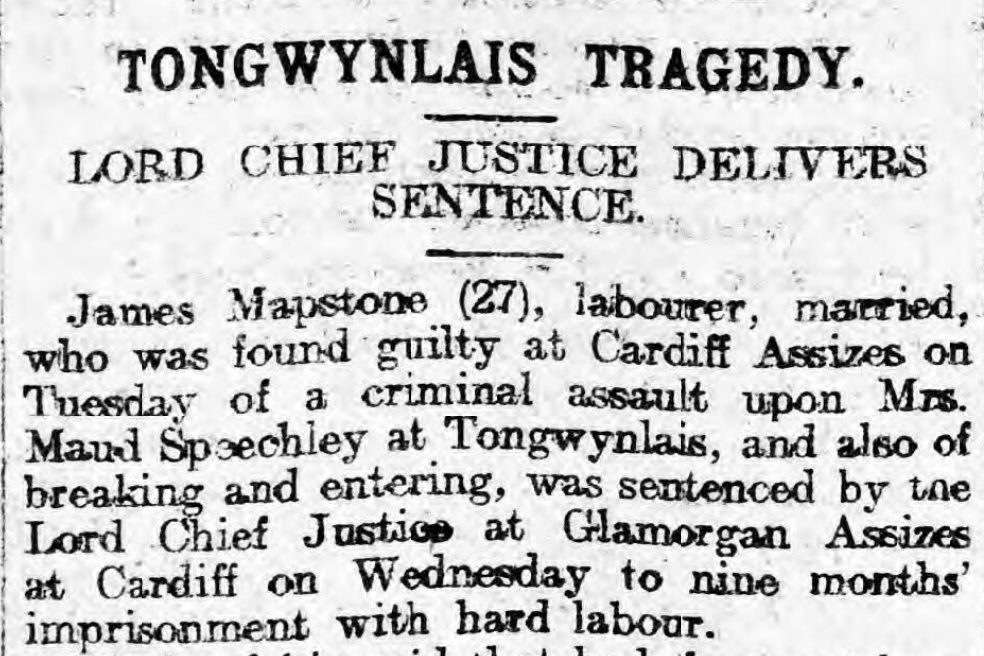 James Mapstooe (27), labourer, married, who was found guilty at Cardiff Assizes on Tuesday of a criminal assault upon Mrs. Maud Speechley at Tongwynlais, and also of breaking and entering, was sentenced by the Lord Chief Justice at Glamorgan Assizes at Cardiff on Wednesday to nine months’ imprisonment with hard labour.

His Lordship said that had there not been extenuating circumstances this would have been a grave case. He could not help feeling that prisoner had not told the whole truth of the circumstances under which he entered Speechley’s house.

“I do think,” went on his lordship, “that you have reason to believe, unfortunately, that the woman would be willing to act improperly, and I do not think you went into the house with the intention of ravishing, but t’he jury have come to the” conclusion that she did not consent in fact.” There was some ground for thinking that prisoner was misled into the belief that the woman! was willing. In all the circumstances, and as prisoner had already been in custody some time, his Lordship passed a sentence of nine months’ hard labour.