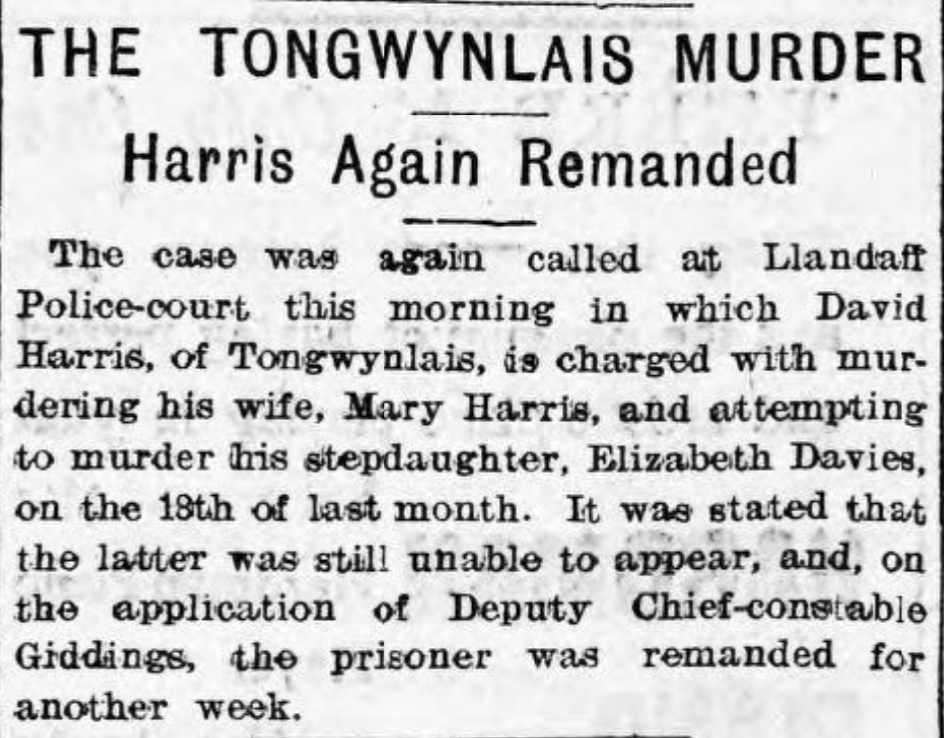 Harris Again Remanded The case was again called at Llandaff Police court this morning in which David Harris, of Tongwynlais, is charged with murdering his wife, Mary Harris, and attempting to murder his stepdaughter, Elizabeth Davies, on the 18th of last month. It was stated that the latter was still unable to appear, and, on the application of Deputy Chief-constable Giddings, the prisoner was remanded for another week.