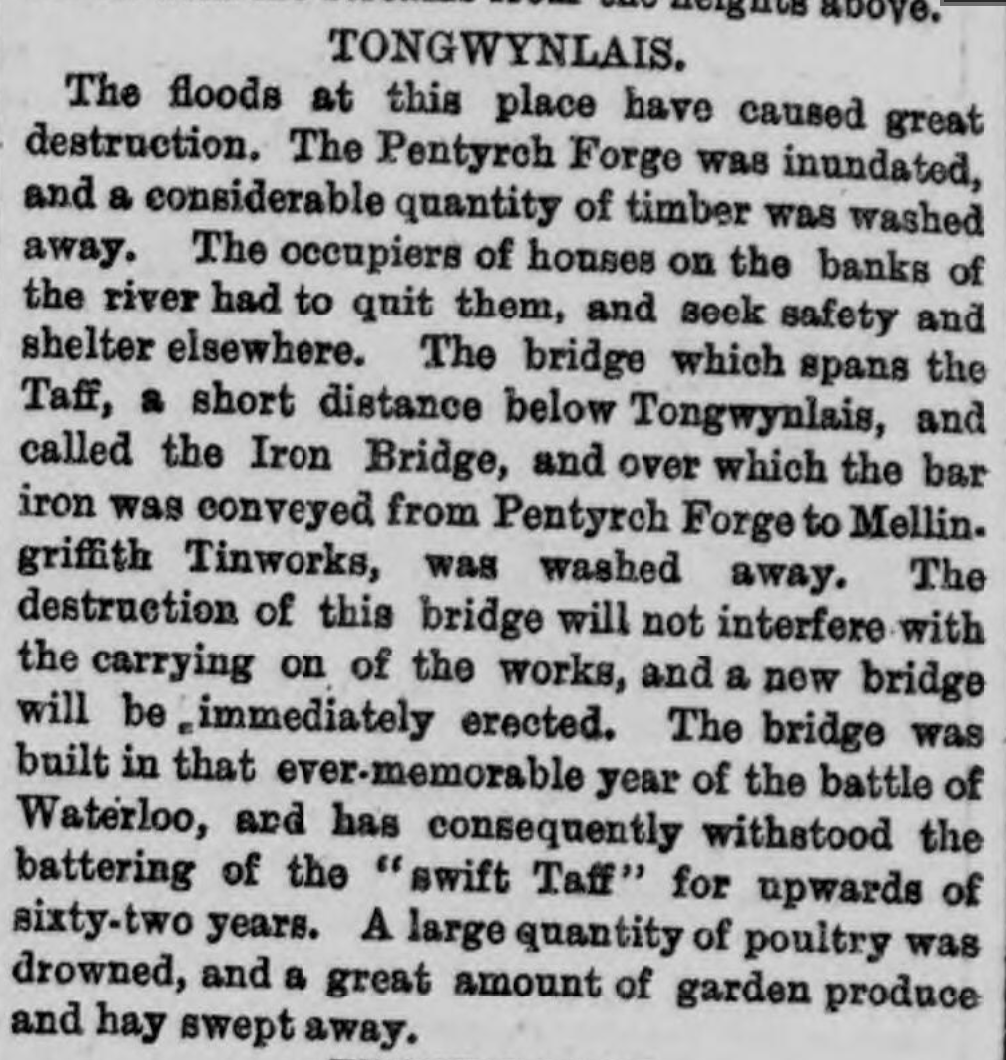 The floods at this place have caused great destruction. The Pentyrch Forge was inundated and a considerable quantity of timber was washed away. The occupiers of houses on the banks of the river had to quit them, and seek safety and shelter elsewhere. The bridge which spans the Taff, a short distance below Tongwynlais, and called the Iron Bridge, and over which the bar iron was conveyed from Pentyrch Forge to Mellingriffith Tinworks, was washed away.

The destruction of this bridge will not interfere with the carrying on of the works, and a new bridge will be, immediately erected. The bridge was built in that ever-memorable year of the battle of Waterloo, and has consequently withstood the battering of the “swift Taff” for upwards of sixty-two years. A large quantity of poultry was drowned, and a great amount of garden produce and hay swept away.