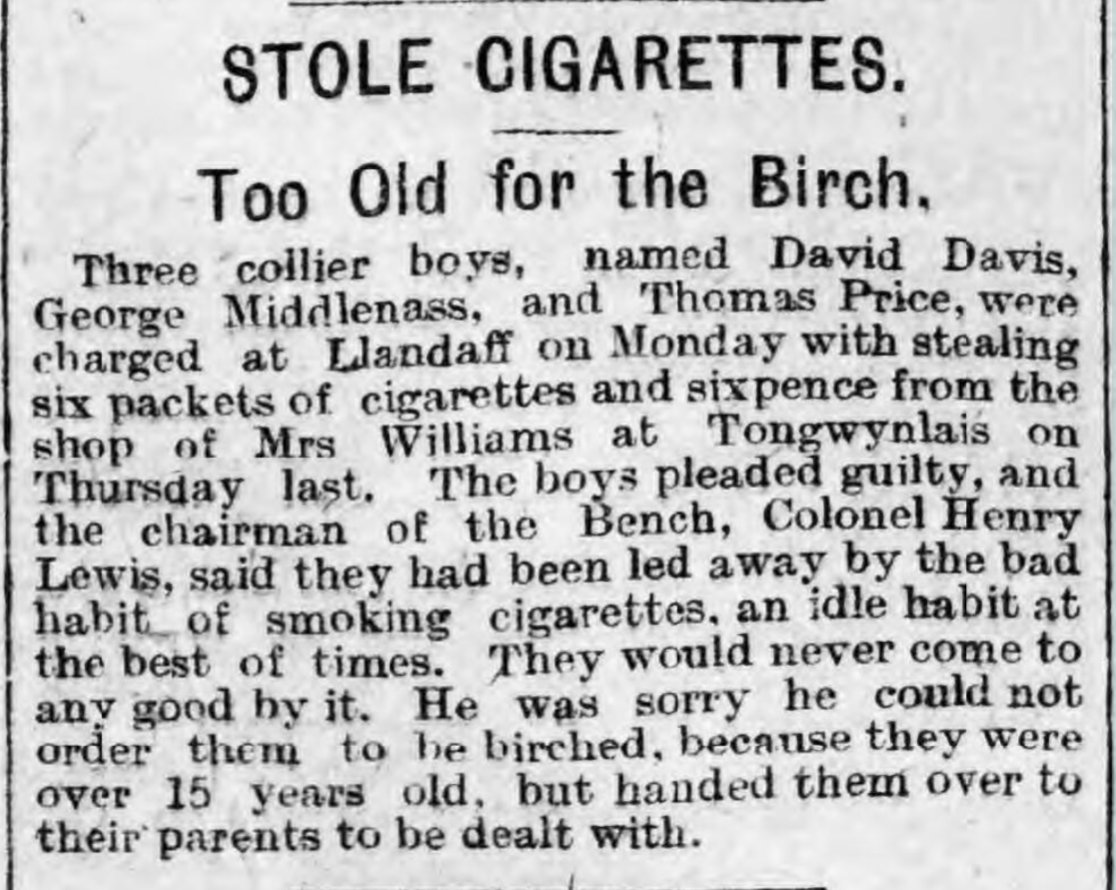 Too Old for the Birch. Three collier boys, named David Davis, George Middlenass. and Thomas Price, charged at Llandaff on Monday with stealing six packets of cigarettes and sixpence from the shop of Mrs Williams at Tongwynlais on Thursday last. The boys pleaded guilty, and the chairman of the Bench, Colonel Henry Lewis, said they had been led away by the bad habit of smoking cigarettes, an idle habitat the best of times. They would never come to any good by it. He was sorry he could not order them to he birched, because they were over 15 years old, but handed them over to their parents to be dealt with.