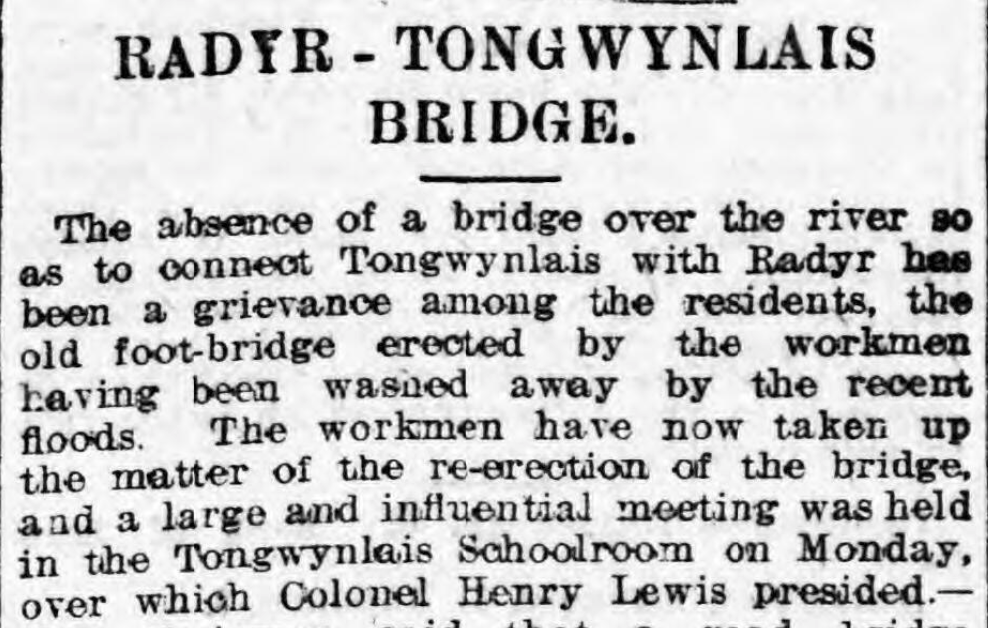 The absence of a bridge over the river so as to connect Tongwynlais with Radyr has been a grievance among the residents, the old foot-bridge erected by the workmen having been washed away by the recent floods.

The workmen have now taken up the matter of the re-erection of the bridge, and a large and influential meeting was held in tihe Tongwynlais Schoolroom on Monday, over which Colonel Henry Lewis presided.

The Chairman said that a road bridge between Radyr and Tongwynlais would tend to open out the district, and would greatly benefit the farmers going to Caerphilly. It was decided to approach the Whitchurch and Radyr Councils on the matter, and the following committee was appointed Colonel Henry Lewis (chairman), Mr. Smith (secretary), Mr. Samuel Jones (Whitchurch), and Messrs- Hill, William Williams (Radyr), Morgan Davies, Evan Anthony, and Joshua Stiles.