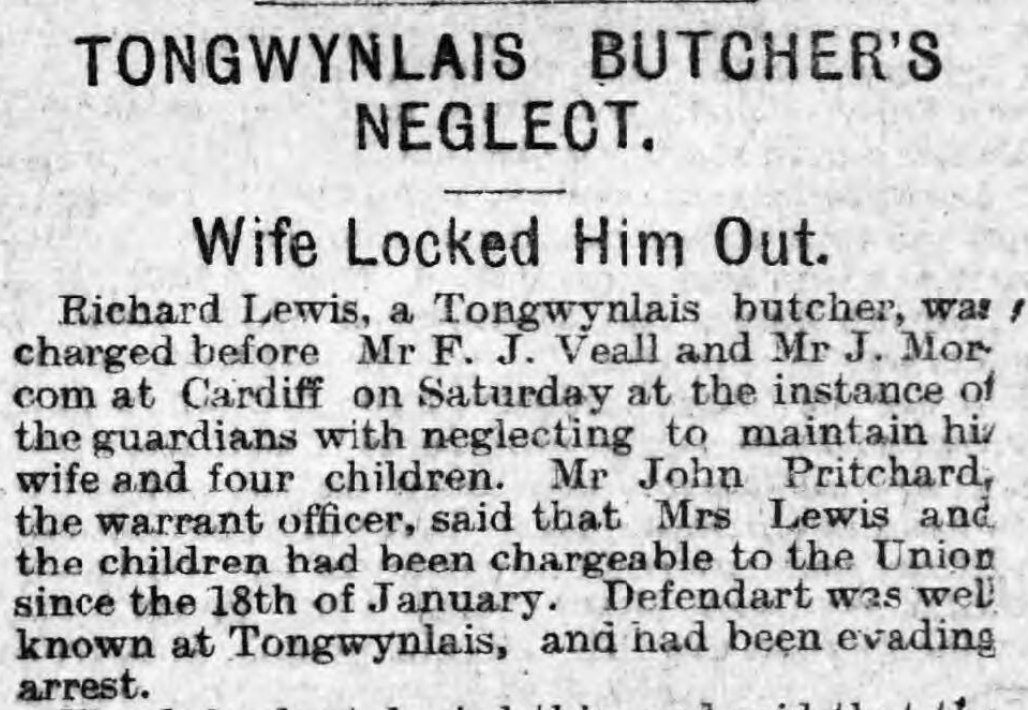 Wife Locked Him Out.

Richard Lewis, a Tongwynlais butcher, wais charged before Mr F. J. Veall and Mr J. Morcom at Cardiff on Saturday at the instance of the guardians with neglecting to maintain his wife and four children.

Mr John Pritchard, the warrant officer, said that Mrs Lewis and the children had been chargeable to the Union since the 18th of January. Defendart was well known at Tongwynlais, and had been evading arrest.

The defendant denied this, and said that the reason why he left his wife was because she locked him out on three occasions when he went home, and he had to trudge to Cardiff through the rain to find lodgings. She told him to clear off as the house was in her name.

Mrs Lewis, the wife, admitted that she had done this because the defendant’s mother interfered and caused trouble, and the defendant did not do what he ought to. The husband, however, alleged that it was the wife’s brothers and sister that caused the trouble. He was, perfectly willing to go back and live with her.

Previous convietions were recorded against him, and he was sentenced to three months’ imprisonment with hard labour.