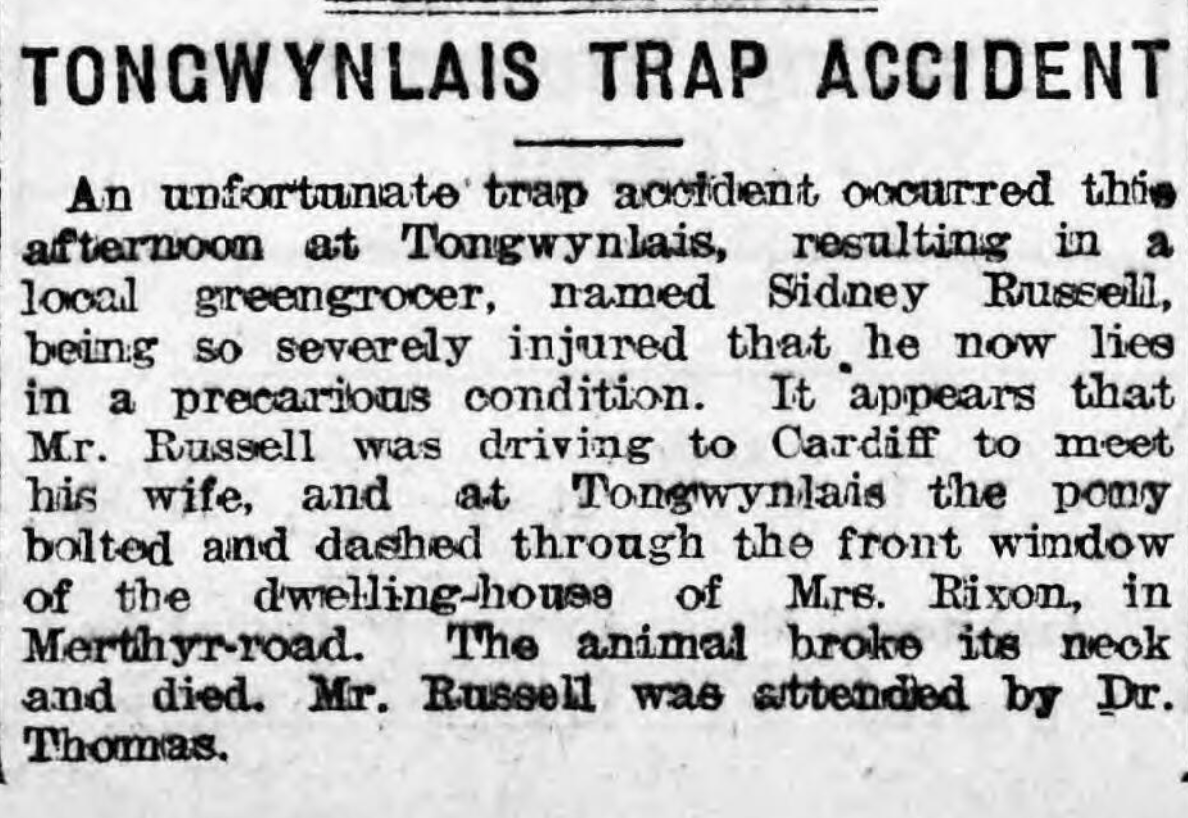 An unfortunate trap accident occurred this afternoon at Tongwynlais, resulting in a local greengrocer, named Sidney Russell, being so severely injured that he now lies in a precarious condition.

It appears tbat Mr. Russell was driving to Cardiff to meet his wife, and at Tongwynlais the pony bolted and dashed through the front window of the dwelling house of Mrs. Bixon, in Merthyr Road. The animal broke its neck and died. Mr. Russell was attended by Dr Thomas.