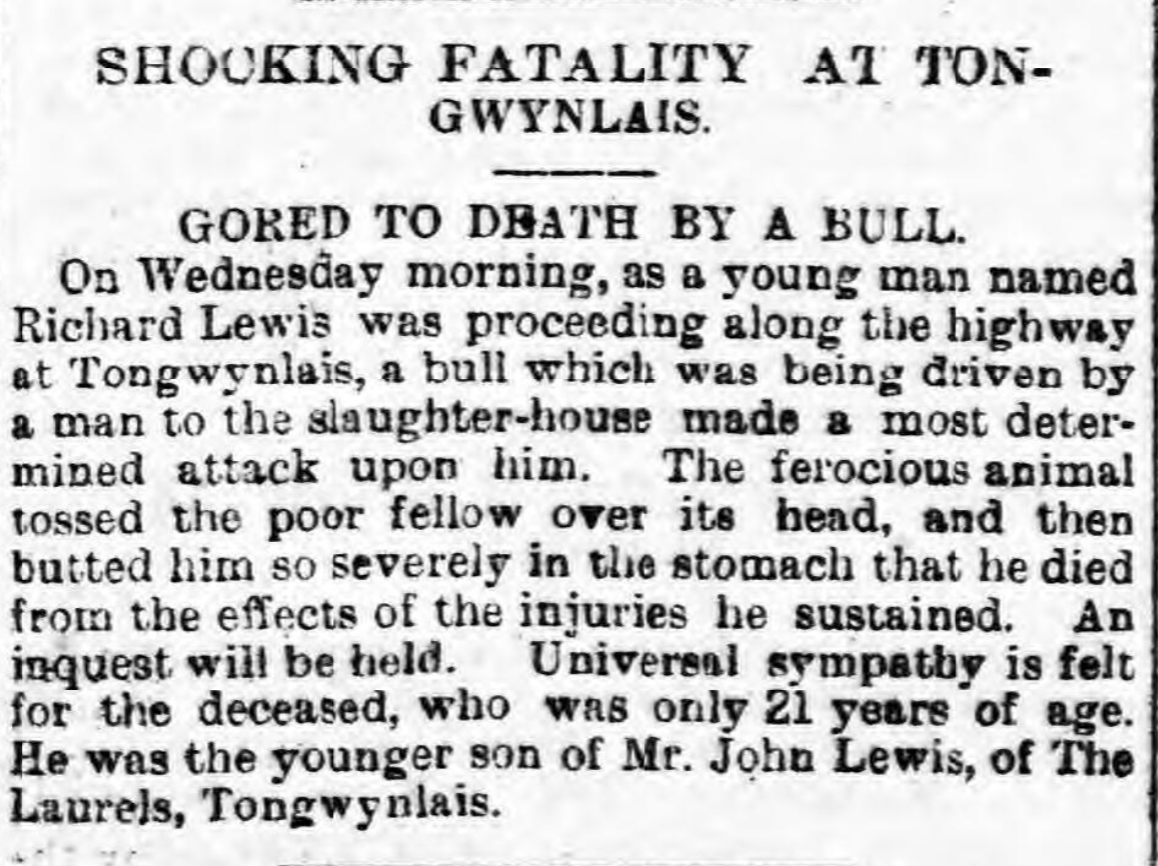 November 19, 1886  by The Pontypridd Chronicle and Workmans News

Gorged by a Bull

KILLED BY A BULL AT TONGWYNLAIS.

On Wednesday morning, as a young man named Richard Lewis was proceeding along the highway at Tongwynlais, a bull which was being driven by a man to the slaughter-house made a determined attack upon him. The ferocious animal tossed the poor fellow over its head, and then butted him so severely in the stomach that he died from the effects of the injuries he sustained. An inquest will be held. Universal sympathy is felt for the deceased, who was only 21 years of age. He was the younger son of Mr John Lewis, of The Laurels, Tongwynlais.