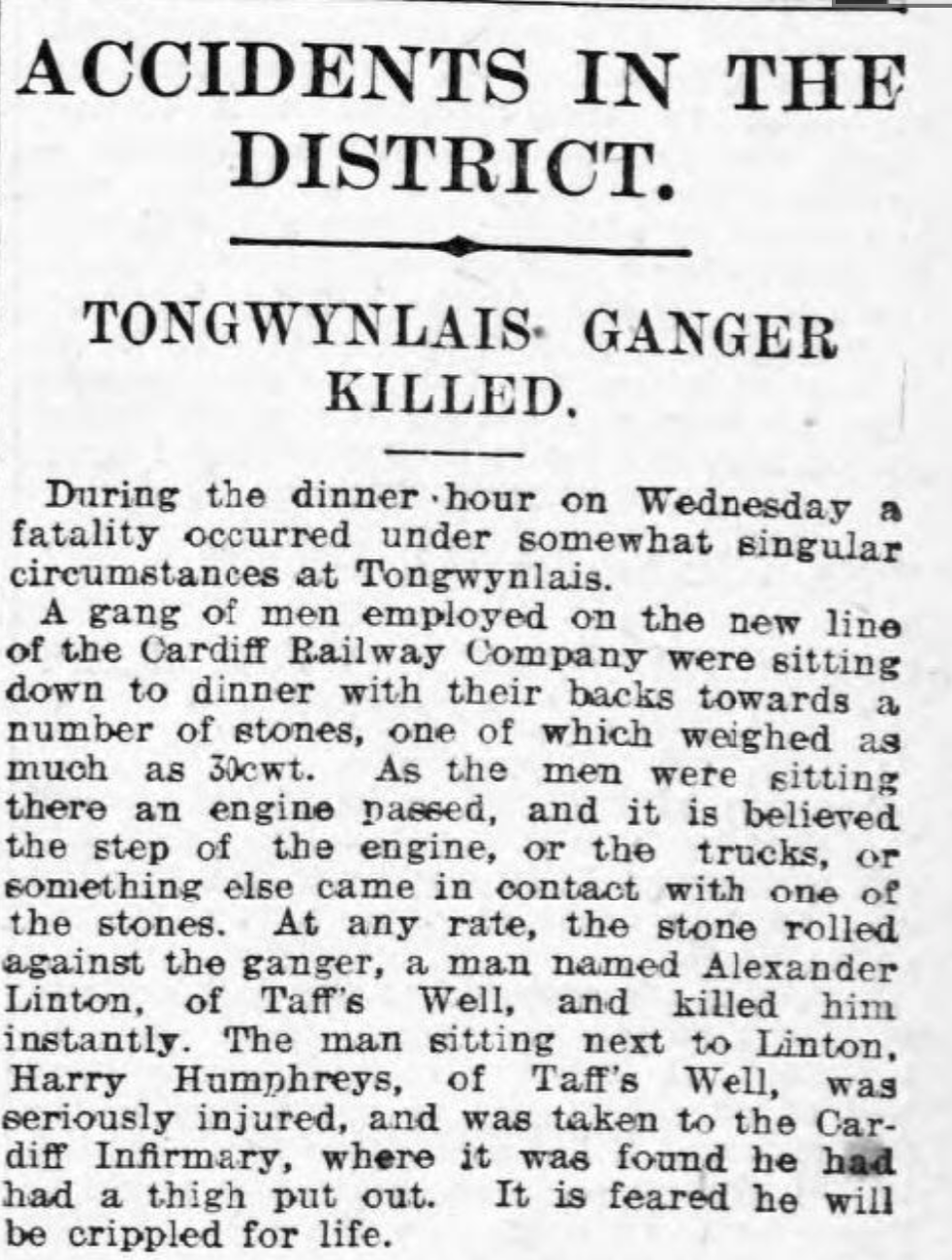 TONGWYNLAIS. GANGER KILLED. During the dinner-hour on Wednesday a fatality occurred under somewhat singular circumstances at Tongwynlais. A gang of men employed on the new line of the Cardiff Railway Company were sitting down to dinner with their backs towards a number of stones, one of which weighed as much as 30cwt. As the men were sitting there an engine passed, and it is believed the step of the engine, or the trucks, or something else came in contact with one of the stones. At any rate, the stone rolled against the ganger, a man named Alexander Linton, of Taff’s Well, and killed him instantly. The man sitting next to Linton. Harry Humphreys, of Taff’s Well, was seriously injured, and was taken to the Car- diff Infirmary, where it was found he had had a thigh put out. It is feared he will be crippled for life.