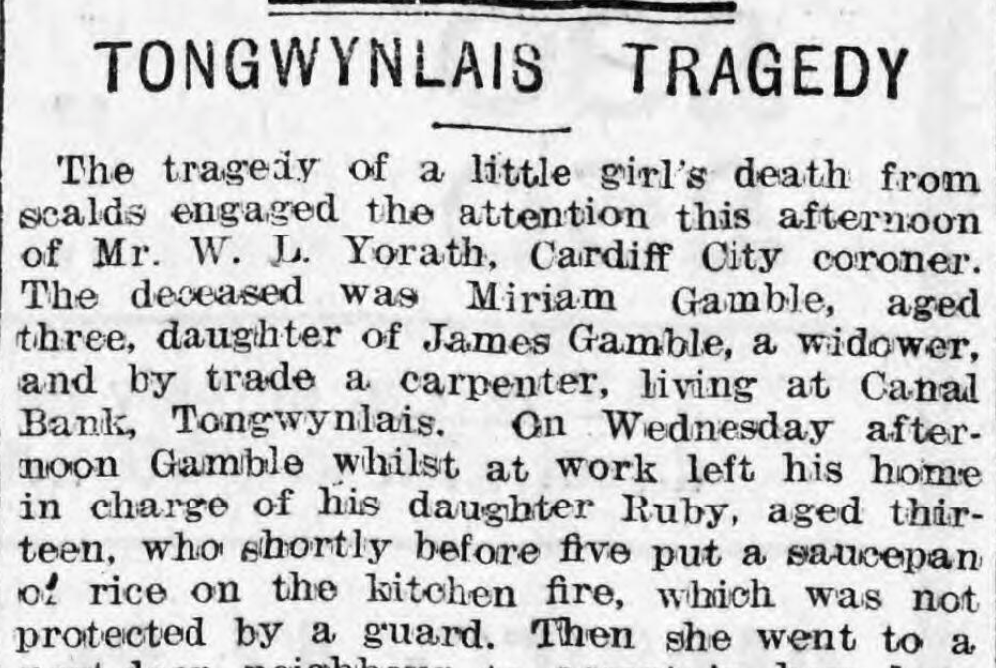 The tragedy of a little girl’s death from scalds engaged the attention this afternoon of Mr. W. J. Yorath, Cardiff City coroner. The deceased was Miriam Gamble, aged three, daughter of James Gamble, a widower, and by trade a carpenter, living at Canal Bank, Tongwynlais.

On Wednesday afternoon Gamble whilst at work left his home in charge of his daughter Ruby, aged thirteen, who shortly before five put a saucepan of rice on the kitchen fire, which was not protected by a guard. Then she went to a next-door neighbour to ascertain how long the rice ought to boil, leaving deceased and another child in the kitchen. She had not gone far, when she heard a scream, and, returning, saw Miriam at the door with scalding rice all over her head.

A postman, named William Sealey, obtained oil, and acted in a manner which the coroner described as praiseworthy. The child was admitted into Cardiff Infirmary in a state of collapse and suffering from extensive wounds, and died the same afternoon. The jury returned a verdict of death, from shock and exhaustion, and commended the postman for his interest in the case, at the same time advising the father to get a guard.