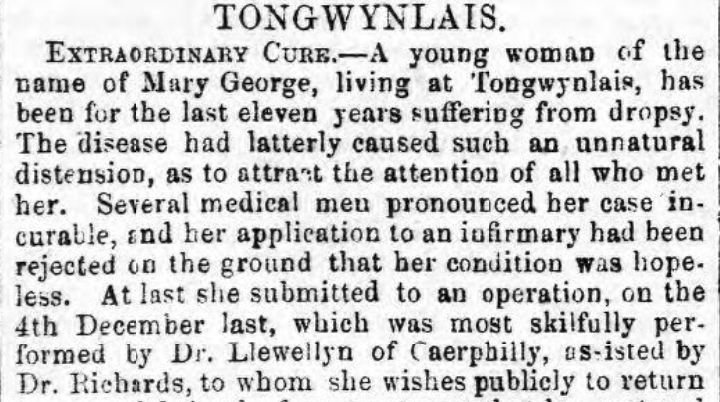 A young woman of the name of Mary George, living at Tongwynlais, has been for the last eleven years suffering from dropsy. The disease had latterly caused such an unnatural distension, as to attract the attention of all who met her. Several medical men pronounced her case incurable, and her application to an infirmary had been rejected on the ground that her condition was hopeless.

At last she submitted to an operation, on the 4th December last, which was most skilfully per- formed by Dr. Llewellyn of Caerphilly, assisted by Dr. Richards, to whom she wishes publicly to return her grateful thanks for a treatment that has restored her to as good health and shape as ever she enjoyed. Thirty-two quarts of water were taken from her during the operation.