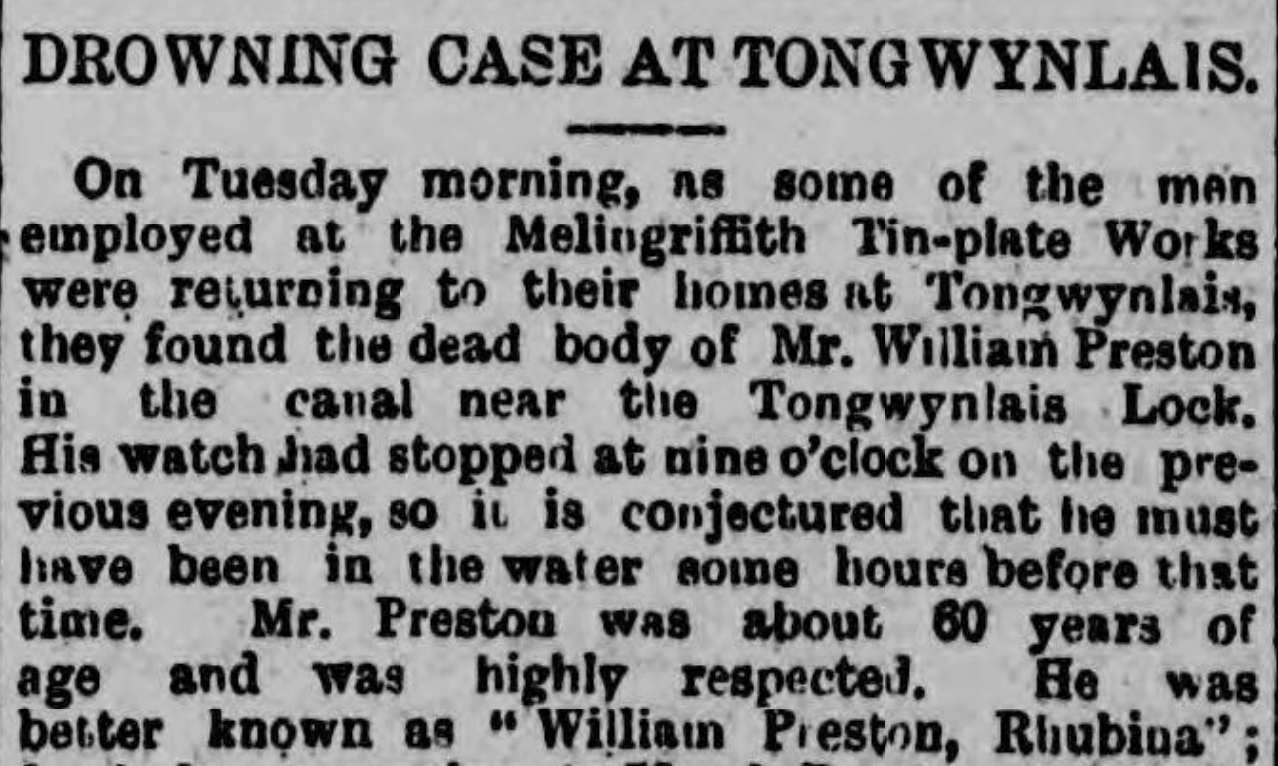 A Drowning Case At Tongwynlais

A DROWNING CASE AT TONGWYNLAIS.

On Tuesday morning, its some of the men employed at the Melingriffith Tin plate Works were returning to their home at Tongwynlais, they found the dead body of Mr. William Preston in the canal near the Tongwynlais Lock.

His watch had stopped at nine o’clock on the previous evening, so it is conjectured that he must have been in the water some hours before that time. Mr. Preston was about 80 years of age and was highly respected. He was better known as “William Preston, Rhubina’; for before removing to Llandaff, where he at the time of his death resided with his daughters, he lived at Rhubina Farm, which homestead he occupied for about 25 years. At the time of his death the deceased was employed by Lord Bute in carrying out some improvement on the Garth Mountain, from which place he was returning along the canal bank on Monday evening, when, it is thought, he must have slipped and fell into the water.