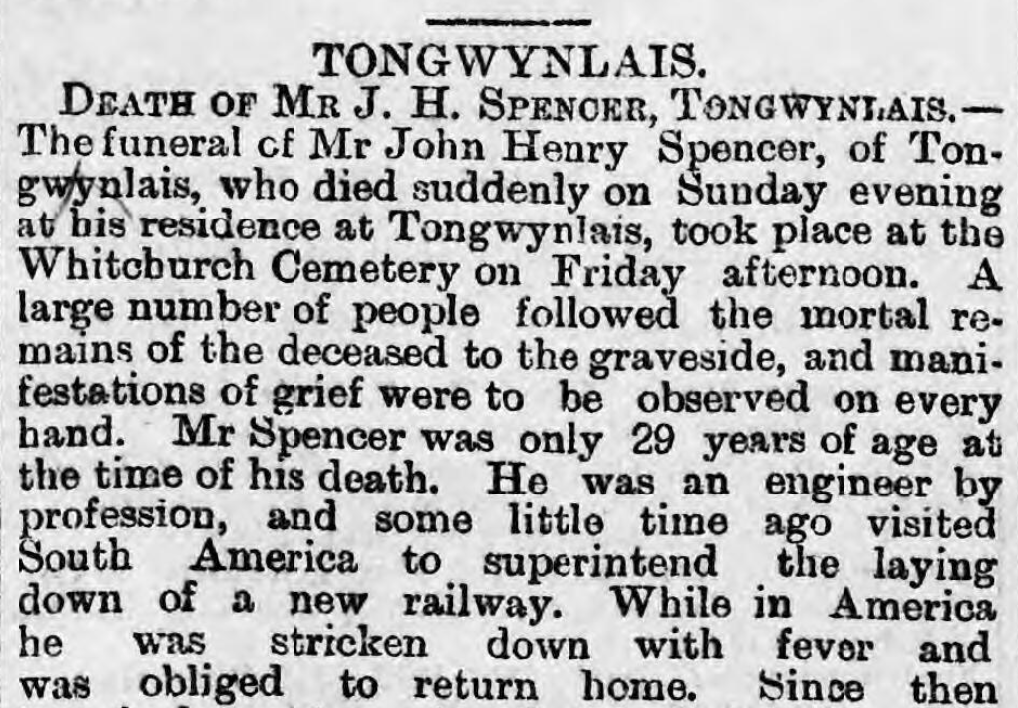 The funeral cf Mr John Henry Spencer, of Tongwynlais, who died suddenly on Sunday evening at his residence at Tongwynlais, took place at the Whitchurch Cemetery on Friday afternoon. A large number of people followed the mortal remains of the deceased to the graveside, and manifestations of grief were to be observed on every hand. Mr Spencer was only 29 years of age at the time of his death.

He was an engineer by profession, and some little time ago visited South America to superintend the laying down of a new railway. While in America he was stricken down with fever and was obliged to return home. Since then he had not enjoyed good health, and died at the time stated from heart disease. Mr Spencer was well known and respected by a large circle of friends. At his express wish his personal friends carried his coffin to the cemetery, while the Tongwynlais church choir sang special hymns both at the house and at the graveside.

The Revs J. T. Clarke and J. Morgan (curate of Tongwynlais) conducted the burial service. A large number of wreaths were deposited on the grave, having been sent by, amongst others, Mr and Mrs Henry Lewis (Greenmeadow), the employees of the Bute Docks Company, the employees of Mr W. Thomas (Brynawed) personal friends.