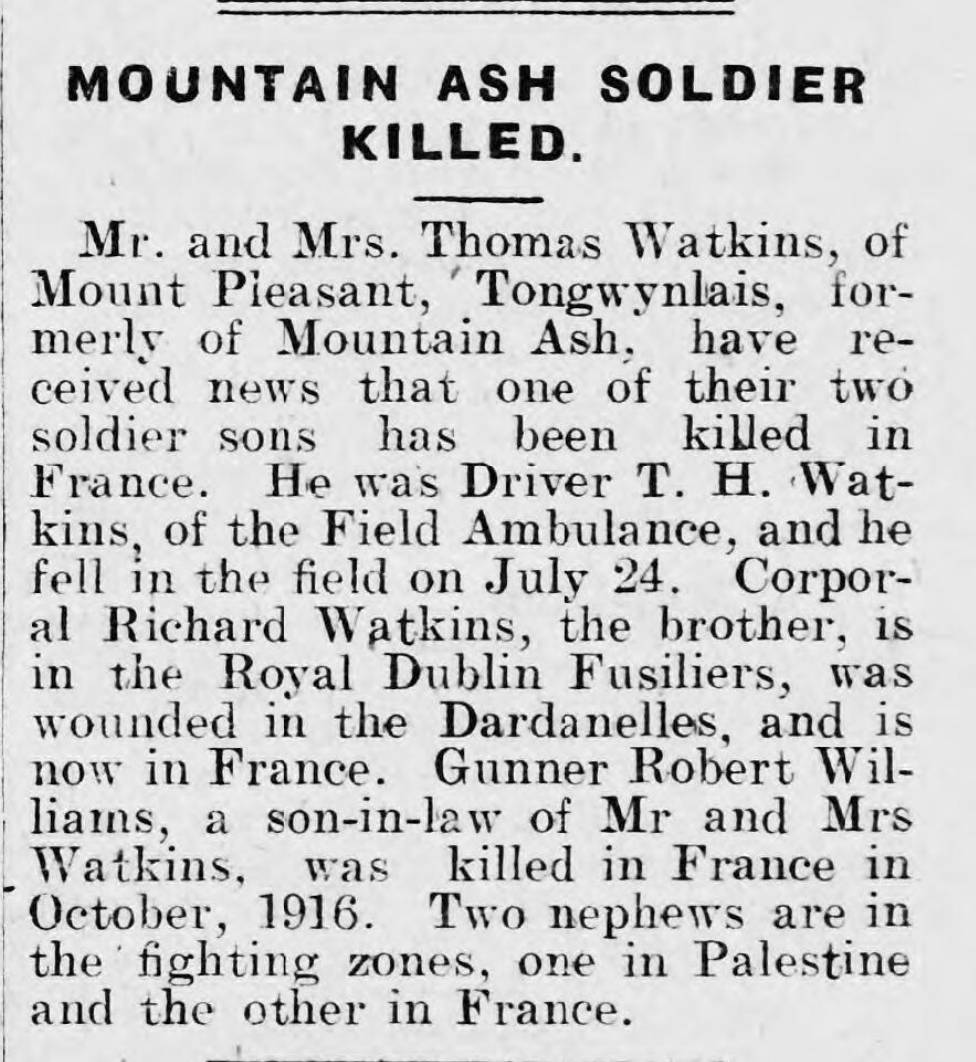 Mr. and Mrs. Thomas Watkins, of Mount Pleasant, Tongwynlais. formerly of Mountain Ash. have received news that one of their two soldier sons has been killed in France.

He was Driver T. H. Watkins, of the Field Ambulance, and he fell in the field on July 24. Corporal Richard Watkins, the brother, is in the Royal Dublin Fusiliers, was wounded in the Dardanelles, and is now in France. Gunner Robert Williams, a son-in-law of Mr and Mrs Watkins, was killed in France in October, 1916. Two nephews are in the fighting zones, one in Palestine and the other in France. 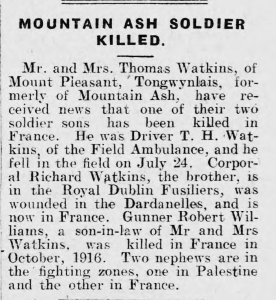