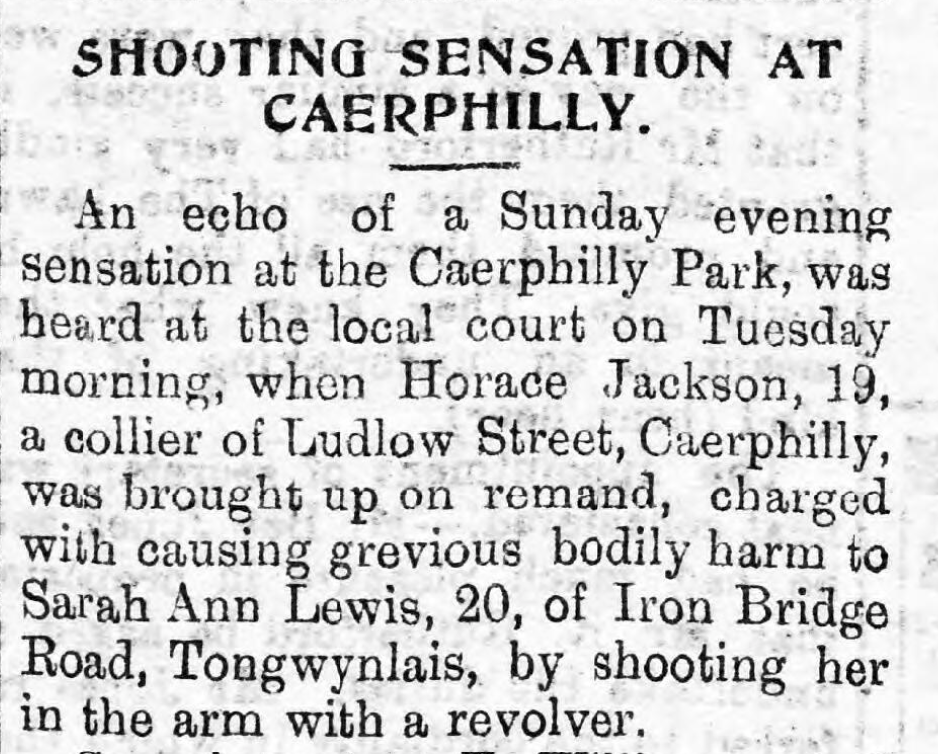 June 22, 1917  by Monmouth Guardian and Bargoed and Caerphilly Observer 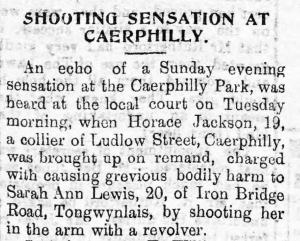 An echo of a Sunday evening sensation at the Caerphilly Park, was heard at the local court on Tuesday morning, when Horace Jackson, 19, a collier of Ludlow Street, Caerphilly, was brought up on remand, charged with causing grievous bodily harm to Sarah Ann Lewis, 20, of Iron Bridge Road, Tongwynlais, by shooting her in the arm with a revolver.

Superintendent T. Williams asked for a remand for a week, and prisoner offering no objection, the case was accordingly adjourned. Prisoner was admitted to bail himself- in the sum of £25 and one surety of £25.

It appeared that Miss Lewis was on a visit to some friends at Caerphilly and in the evening went for a walk in the park, where they met the accused, who, it is alleged was an entire stranger to them and he pulled out a revolver and shot her, in the arm. She was attended to by Dr. McKenzie, and Jackson arrested by J Police Inspector Hale.